Disneyland Paris has opened bookings for resort hotel and park ticket packages through to summer 2022, right up until 30th September 2022, allowing many to book their planned return to the Disney resort after two years of upheaval.

END_OF_DOCUMENT_TOKEN_TO_BE_REPLACED

Looking for a Disneyland Paris 2017 deal? Here’s the hunting around done for you: seven of the latest special offers just added and updated on our Deals listing pages. END_OF_DOCUMENT_TOKEN_TO_BE_REPLACED 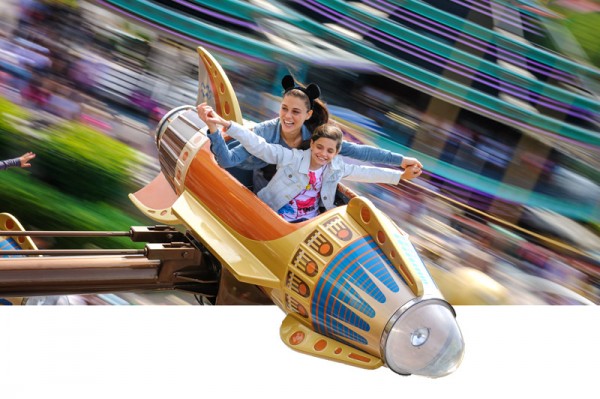 Finding the best price on every part of your Disneyland Paris adventure just got a little bit easier. Our Deals section has been expanded to include not just official Disneyland Paris offers but a range of related booking and travel companies for visitors from the UK, which you might use to piece together your perfect low-cost trip. END_OF_DOCUMENT_TOKEN_TO_BE_REPLACED 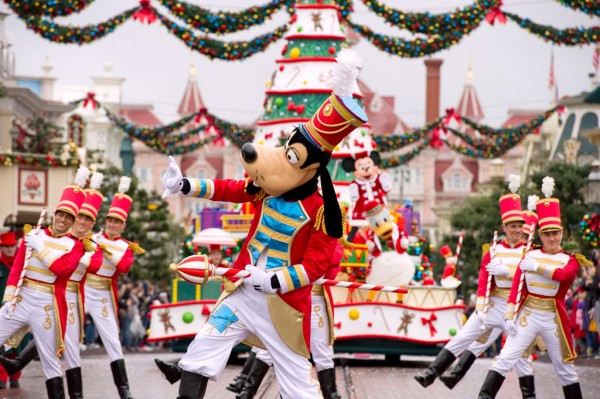 In Disney’s calendar it’s very nearly the “most wonderful time of the year”, already! If you’ve already a Disneyland Paris trip prepared for the upcoming Disney’s Enchanted Christmas season, or you’re considering a last-minute booking to take advantage of the latest deals, it’s time to start planning the detail. END_OF_DOCUMENT_TOKEN_TO_BE_REPLACED

So, you’re tempted by Disney Dreams!, you don’t want to miss all the special 20th Anniversary events… but you haven’t booked yet? END_OF_DOCUMENT_TOKEN_TO_BE_REPLACED

Disneyland Paris has launched its TV advertising for the 20th Anniversary in the UK, beginning with 10-second teaser adverts that show an animated Peter Pan projected across London’s Big Ben. It’s all part of the campaign that sees various Disney characters miraculously appear on buildings and European landmarks, hinting at the effects to be experienced with Disney Dreams! from 1st April. These “tactical” spots, designed to create awareness and intrigue with their short running time, will later turn into full-blown 40-second TV spots nearer the launch date itself.

Meanwhile, following the earlier Spanish commercial, a new 30-second English trailer has appeared using different scenes and angles, as well as a much nicer endboard featuring the castle. Ending with “click here”, it appears to be intended for online video-on-demand players. Buzz Lightyear opens the advert, appearing on a modern skyscraper, while scenes in the park show Lightning McQueen flying through the sky and a computer-enhanced Soundsational Parade travelling down Anaheim’s Main Street. Well, Disneyland Paris adverts have never been ones for accuracy.

That’s “Disney Dreams!” to you and me. Spain got a first look at the new 20th Anniversary commercials this week, with a 30-second TV spot featuring Mickey Mouse guiding a family from the streets around the Eiffel Tower to Disneyland Paris. Where, with Sleeping Beauty Castle illuminated and characters flying through the skies, they’re duly treated to an “eyeful” of the park’s new nighttime spectacular.

With much artistic licence, we see Captain Hook duelling with Peter Pan around the castle’s spire, then Crush and a group of Finding Nemo sea turtles “swimming” across the sky. The new “Second Star to the Right” effect, shining brightly from the top window of the castle, is featured throughout. Like most adverts in recent years, the park scenes appear to have been shot on a Main Street looking suspiciously like that of California or Hong Kong. But here, the lights of the buildings appear to glow that bit brighter — perhaps a clue to the enigmatic Main Street, U.S.A. Celebrates event advertised in brochures?

If your español is patchy, or you’d just like to see this on your own television screen, we can confirm that the resort’s 20th Anniversary TV campaign will begin in the UK around 24th February and continue right through to 24th June. Initially, this will be in the form of 10-second “tactical” adverts, designed to create word of mouth. With Mickey seen in this advert near the Eiffel Tower, there’s some suggestion the Disney characters could be pictured at landmarks across Europe, “gathering up” guests for the impending anniversary, to give the continent-spanning campaign a true sense of its own scale.

Video of the first 30-second commercial follows below… END_OF_DOCUMENT_TOKEN_TO_BE_REPLACED

We’ve no doubt become acclimatised to the biannual Disneyland Paris ticket price rises in April and November each year — a pound here, a Euro there — but this season holds a pleasant surprise for visitors from the United Kingdom, at least. Rather than ticket prices jumping up again, as they did with a big increase for the price of longer stays in April, almost all of the Adult ticket prices and even a few Child prices have actually been reduced by a pound or more.

This means that a 1 Day/1 Park Ticket will now cost you a rounded £50 bought in advance from the UK, rather than the £51 before 8th November. Likewise, a 1 Day/2 Park Ticket has been rounded down to a neat £60. And, perhaps realising they stepped too far up earlier this year, the top 5 Day/2 Park Ticket has been reduced by a whole £8 to £169 (although with the Extra Day Free offer, the real price is £152 — and even then you’d be mad not to just buy an Annual Passport).

Here’s the full round-up of price changes for both Pound Sterling and Euros:

You can find a complete guide to Disneyland Paris Park Tickets here.