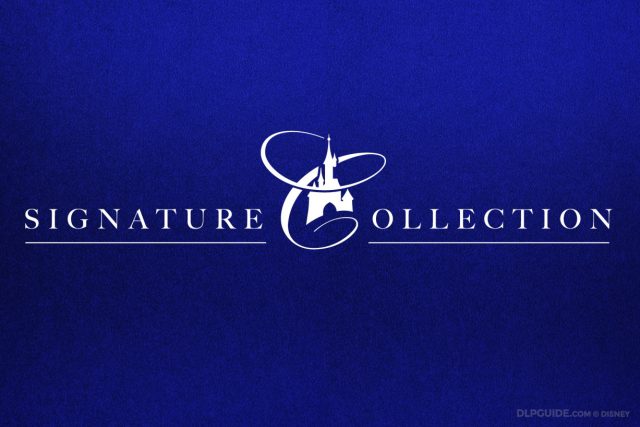 “What can you do to make my trip more special?” is one of the most frequent requests put to Disneyland Paris by package bookers. Now they’ve responded: two new “signature” packages including a Disney Character experience and an exclusive Marvel encounter. END_OF_DOCUMENT_TOKEN_TO_BE_REPLACED The day every Disneyland Paris fan has waited for is here. Walt Disney Studios Park is set to be transformed and expanded with an enormous 2 billion euro masterplan bringing new Star Wars, Marvel and Frozen lands. END_OF_DOCUMENT_TOKEN_TO_BE_REPLACED In a world first for Disney Parks, Disneyland Paris confirmed on Friday that Walt Disney Studios Park will soon welcome Spider-Man to an exclusive meet and greet location in Backlot.

This followed a day exciting enough to set the spidey senses tingling in the park itself, when Andrew Garfield and Emma Stone, stars of The Amazing Spider-Man, paid an impromptu promotional visit for the film’s imminent sequel. Garfield later posed with Disney Voluntears and children from French organisation SESSAD inside Disney Blockbuster Cafe, just metres from where the Marvel meet ‘n’ greet tie-in is taking shape at the back of the park. As reported previously, the new photo location will be housed within the disused side room of the restaurant. Disneyland Paris was typically vague in its announcement, stating on Twitter:

Very soon, Walt Disney Studios Park will be even more exciting with the opportunity for our guests to meet #SpiderMan himself !

It’s a first! Spider-Man is coming to pay us all a visit in Walt Disney Studios Park! Just a few more days and we’ll be sharing some truly epic moments with Spider-Man himself.

No dates were officially given, with only InsideDLParis reporting Spider-Man will meet guests from 19th April to 14th July 2014, a disappointingly short stay for the superhero.

Surprisingly, the tie-in appears to be taking place with the full support of Sony Pictures as part of a promotional deal with Disneyland Paris, proved not least by the appearance of the principal actors at the park. While The Walt Disney Company owns Marvel outright and has embarked on a new Spider-Man TV series, Sony Pictures continues to own the feature film rights. Perhaps it’s due to this promotional aspect with the new film that Spider-Man apparently won’t be staying longer. Could Disneyland Paris extend his stay with their own money if he proves popular? Backlot needs permanent fixes, not temporary tie-ins, and making this unpopular land the permanent home of Marvel superheroes is without doubt the perfect fix.

For now, this new meet ‘n’ greet will be a tiny but welcome taste of what could be…

Update — An official press release confirms the 19th April to 14th July dates and suggests that visitors “will be able to go home with their photo on the front page of the Daily Bugle”, the New York newspaper renowned for publishing photos of Spider-Man. Is that press release bumph or a hint at a fun souvenir photo design? Not long to find out. We really hope you like your Disney character rumours, because here’s another. Fellow fansite DlrpExpress.fr reports today that a Spider-Man photo location could be on its way to Backlot in Walt Disney Studios Park, occupying empty space next to Disney Blockbuster Café.

According to the rumour, the Marvel-themed “photo location” would take up space at one side of the counter service restaurant, in the corner of Backlot opposite Rock ‘n’ Roller Coaster. This room was originally an outdoor terrace in 2002, before being enclosed soon after opening in order to add more capacity to the dining venue.

Despite this, it has rarely been regularly used and was most recently turned into a short-lived second Bureau Passport Annuel, Annual Passport sales office. Currently, it sits empty with just a few display cases and lonely High School Musical 3 posters. Not just a welcome use for this wasted space, a Spider-Man location here in Backlot would be the first step in the long-awaited addition of Marvel characters to Walt Disney Studios Park.

Rumours have grown since Disney’s 2009 acquisition of the comic book company that this corner of the park could see a full superhero makeover. At one point, there was even speculation that Armageddon: Les Effets Speciaux  in particular could be rethemed to Spider-Man.

Yet to date, the most the park has seen is the former “High School Musical room” of Disney Blockbuster Café replaced by an “Iron Man room” — a generous way to describe putting a few new posters up, detailed in Photos Magiques’ recent report. Around the world, only Hong Kong Disneyland has officially announced the first Marvel-themed attraction, a 3D motion simulator dubbed Iron Man Experience. Meanwhile California, as usual, has been at the forefront with the first Marvel characters taking up residence with special exhibits and meet ‘n’ greets for Iron Man, Thor and (soon) Captain America at Innoventions.

Rumour states Disneyland Paris could welcome Spider-Man as soon as mid-March, making it the first Disney park to feature the character in any form. So far, the live “Disney” character version has only appeared very briefly, at last year’s D23 Expo (see video below).

Disneyland Paris has now, for some time, sold a large range of Spider-Man comic book and cartoon merchandise, above other Marvel characters.

While Disney would base its theme park characterisation on Disney XD‘s successful Ultimate Spider-Man animated TV series (pictured top), it’s surely no coincidence that this year also sees Sony Pictures release its second “rebooted” film, The Amazing Spider-Man 2, under its ownership of the movie rights, boosting the attractiveness of such a tie-in.

For Walt Disney Studios Park, having such a name on its books would be an incredible coup, massively elevating the park’s credentials. Certainly more so than its previous movie tie-in catalogue of Armageddon, Reign of Fire and Dinotopia, don’t you agree?