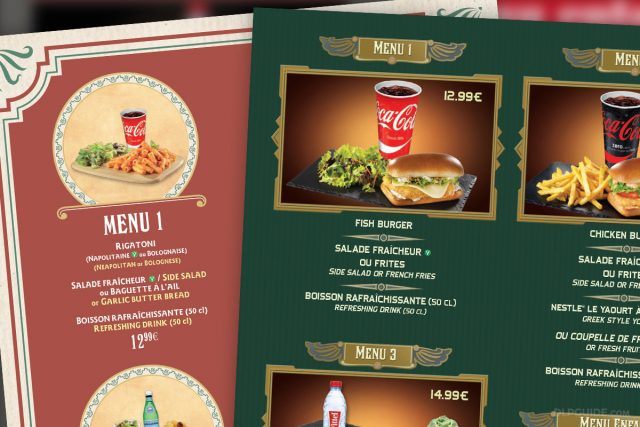 Disneyland Paris has made its first Restaurant Menu updates of 2017, with some menu prices at five popular Counter Service locations rising by one euro.

This raises the price again of the cheapest set menu, which includes only a main, soft drink and modest side order, to €12.99 or £11.00 at today’s unforgiving exchange rate.

In truth, it has been at least two years since these menus last saw a similar increase — although, unlike its highly refined Buffet and Table Service options, the resort has yet to really invest in improving its Counter Service food quality and variety.

The highest tier “Menu 3” remains at €14.99, although Restaurant En Coulisse does have a special “Dark Vador” (Darth Vader) menu for Season of the Force, priced at €15.99. This includes a Charolais beef burger in a black bun, with a green Yoda cupcake for dessert. 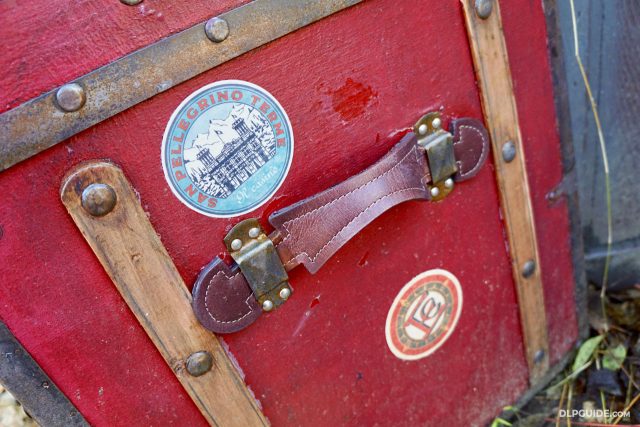 San Pellegrino’s sponsorship of Colonel Hathi’s Pizza Outpost meanwhile has brought a lovely new menu design, to join the many added storytelling props around the restaurant itself — many referencing its “Explorer’s Club” history as a table service restaurant upon the park’s opening in 1992.